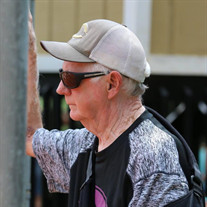 Donald Avery Drew of Commerce, Georgia, passed away Thursday, March 3 at Piedmont Athens Regional Hospital after an extended illness. He was 80 years old. Donnie was born on October 2, 1941 in Preston, Georgia to the late Charles and Maggie Lowery Drew. He was the youngest of six children, all of whom have preceded him in death. Lovingly known by both his grandchildren and the softball team as “Pops,” Donnie mentored thousands of students and athletes over his long and distinguished career. Donnie began his teaching career in Georgetown, Georgia before moving to Randolph County, and then made the move to Commerce High School in 1983. Donnie served his communities for over 55 years in education, coaching basketball, softball, and baseball. He was involved with the CHS softball program for 39 seasons. Donnie worked with region 8A of the Georgia High School Association and was involved in several executive committees through the years. Donnie Drew was devoted to the students and the athletes, always believing in them and reminding everyone that students truly are the “stars of the show” in education. He loved this community and his beloved Commerce Tigers. Donnie loved his family, as was evident by devotion to his precious wife, the late Clair Riley Drew, who preceded him in death eight years ago, as well as to his daughters and grandchildren. He is survived by his two daughters, Kimberly Drew Standridge (Jennifer Fitzgerald) of Lavonia, and Kerri Drew Matthews (Adam Matthews) of Commerce, and by seven grandchildren, Kaelan Standridge, Cayden Lord, Riley Lord, Camryn Lord, Hayden Matthews, Griffin Matthews, and Trenton Matthews. A visitation for Donnie is planned for Saturday, March 5 at the Mt. Olive Baptist Church Family Life Center from 4:00 pm until 7 pm. All are invited to attend. The funeral service will be held at 2 PM on Sunday, March 6 at the Mt. Olive Baptist Church Family Life Center, with a private graveside service to follow at Grey Hill Cemetery. The Reverend Blake Carter and the Reverend Verlin Reece will officiate the service. In lieu of flowers, those wishing to honor the family may contribute to the Donnie and Clair Drew Memorial Scholarship Fund, c/o Commerce High School, 272 Lakeview Drive, Commerce, GA 30529. Little-Ward Funeral Home, Commerce is in charge of arrangements.

Donald Avery Drew of Commerce, Georgia, passed away Thursday, March 3 at Piedmont Athens Regional Hospital after an extended illness. He was 80 years old. Donnie was born on October 2, 1941 in Preston, Georgia to the late Charles and Maggie... View Obituary & Service Information

The family of Mr. Donnie Drew created this Life Tributes page to make it easy to share your memories.

Send flowers to the Drew family.